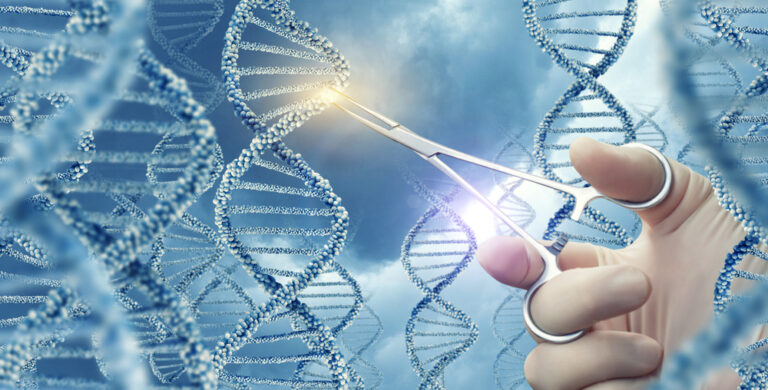 Research on applications of CRISPR gene editing has flourished in the 10 years since Dr. Jennifer Doudna and Dr. Emmanuel Charpentier first discovered that the CRISPR-Cas9 system could be used to edit genes. CRISPR technology is transforming medicine, biofuel development, agriculture, and basic research.

Victoria Gray, the first person to receive CRISPR-based treatment for sickle cell anemia, is doing well, more than two years later. The CRISPR gene editing was done in a lab using cells taken from Gray’s bone marrow, which were then infused back into her body. The treatment has now been tested in about 45 people and has been successful for half of them.

The next step in using CRISPR technology for medical treatments was to inject CRISPR directly into cells in a patient’s body instead of removing the cells and editing the genes in a lab. An experiment tested whether this technique could improve the vision of people blinded by a rare genetic eye disease. The research is in its early stages but has enabled some of the people treated to enjoy life-altering changes in their abilities to see.

The range of potential medical applications is enormous. A recent experiment used CRISPR to treat diabetes and obesity in mice. Scientists expect that CRISPR will be used to treat thousands of genetic conditions, including Alzheimer’s and cancer.

The technology is already being used in diagnostic tests, including a coronavirus test kit used in labs.

In addition to treating diseases, CRISPR technology may also be used to prevent them. For example, a recent experiment showed promise in preventing the spread of malaria, which is carried by mosquitoes. Scientists altered the genes of female mosquitoes to prevent them from carrying malaria and also from laying eggs. The experiment was carried out in a lab using conditions that simulated the mosquito’s natural habitats.

Dr. Doudna believes that it may be possible, 30 years or so from now, to use CRISPR to treat people who have a susceptibility to genetic disorders, such as Alzheimer’s, to prevent the disease from arising before it even starts.

Bioenergy currently provides about 10% of the world’s energy needs. CRISPR technology may significantly increase the production of biofuels and lessen our dependence on dwindling supplies of fossil fuels. These applications could solve our energy problems.

Biofuels are currently being produced using algae, bacteria, and yeast. However, the amount of fuel we can create with living organisms is limited. CRISPR can be used to overcome those limitations. Recent developments include researchers using CRISPR to:

Scientists expect that within five to ten years, CRISPR will be used to make crops more resistant to drought and disease.

Work is already being done to:

In the future, CRISPR editing may be used on a wide range of foods. Future applications may include increasing corn yields, preventing apples and potato slices from turning brown, protecting watermelons from viral infection, and increasing the tolerance of soybeans to drought.

Researchers believe that CRISPR gene editing will revolutionize medicine, energy, and agriculture. So far, the rapid development of new applications bears that out.

How to Schedule an Appointment with a Wig Expert