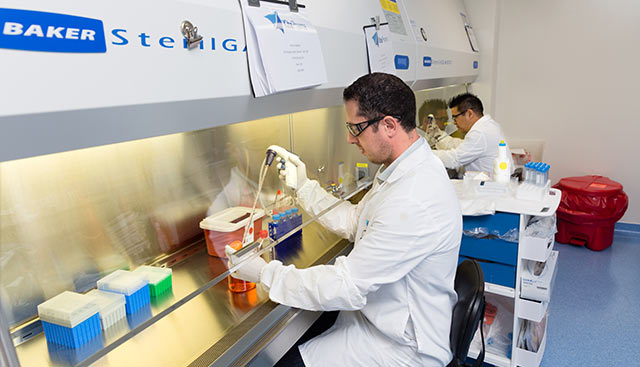 Car-T therapy has been helping to treat cancer since the early 2000s. However, scientists now think they’ve found a new purpose for this innovative treatment that reprograms the human cell. Recent research performed by scientists at the University of Pennsylvania’s Perelman School of Medicine points to Car-T cell therapy as an effective treatment for cardiac fibrosis, too.

What Is Cardiac Fibrosis?

Cardiac fibrosis is defined as a type of abnormal thickening or scarring of the heart tissue, usually in response to some sort of cardiac event. Because your heart cannot regenerate tissue, some cells, known as fibroblasts, generate scar tissue instead. Initially, this helps hold the heart together, maintain its structure, and helps it continue to pump blood throughout the body. Too much scar tissue around your heart, however, is not a good thing. Scar tissue actually makes it more difficult for the heart to function normally because it hardens areas of the muscle. This may ultimately lead to heart failure. Therefore, if there is too much thickening, or fibrosis, from scar tissue in the area of your heart, this can significantly shorten your life.

Traditionally, cardiac fibrosis has been managed, but not cured, through medications such as beta- or calcium-channel blockers. However, medications such as these often come with unwanted side effects, and not everyone is comfortable taking a daily regimen of medications. But breakthroughs in T-cell research may make medication obsolete in the treatment of cardiac fibrosis by actually reversing the condition. Studies conducted on mice have shown promising results.

How Car-T Therapy Reduces Instances of Cardiac Fibrosis in Mice

A research group at the University of Pennsylvania, led by Jonathon Epstein and including Haig Aghajanian, found that Car-T cell therapy actually reduced the occurrence of scarring in mice previously diagnosed with cardiac fibrosis. So much, in fact, that Epstein found it was difficult to tell the mice had ever been compromised by the condition. The study was performed by injecting affected mice with Car-T cells that had been specifically engineered to target and kill fibroblast proteins. After 8 weeks, five of seven treated mice showed no signs of fibrosis, while a control group of untreated mice with fibrosis still showed signs of widespread disease. The results were even more optimistic than scientists had hoped, and research is ongoing into the ability of Car-T cell therapy to reverse and heal cardiac fibrosis.

What New Progress has Been Made in Car-T Therapy for Cardiac Fibrosis?

Since the groundbreaking study at UOP, more research has been conducted into Car-T cell therapy to make it accessible to more patients. Science is now developing ways to generate the modified T-cells in vivo, or inside the body. This would eliminate the need for harvesting and modification of healthy T-cells in a cell-manufacturing facility. Instead, procedures could be performed in-house, cutting treatment times and costs significantly. Scientists have experienced positive early results in mice.

Also of importance is the way the T-cells act within the body once they’ve been modified. While cells like these tend to multiply over time, which is good in the fight against cancer, it can be detrimental in the treatment of fibrosis. Therefore, scientists are searching for ways to effectively ‘shut-down’ the fibroblast-killing cells once they’ve done the job. While research is still ongoing, results so far have been optimistic.